As the consulting designer for Vector Aeromotive Corporation, I was asked to create a livery design for a show car that would premiere at the North American International Auto Show in Detroit. The design brief from then CEO, D. Peter Rose was simple: Design a show car that would get the struggling company some much needed publicity, highlight the fact the production cars were being built in the United States and create a visual goalpost for their forthcoming racing program. Living in the Brooklyn Heights neighborhood of New York City with a view of the harbor, inspiration was literally just outside my window.

There have been many attempts to integrate the “stars and stripes” into a vehicle livery design in the past. One of the notables would be Evel Knievel. For the Vector M12, my idea was not to simply apply the stars and stripes to the show car but to have the car appear to have driven through “Old Glory” itself in a fit of speed and emotion. Shapes were pulled and twisted to evoke movement and energy. As a result, it became one of the most influential automotive livery designs of the 1990s. In the years that followed, knock offs appeared on race cars all over the world. The design was a windfall for Vector, garnishing them millions of dollars in press coverage. 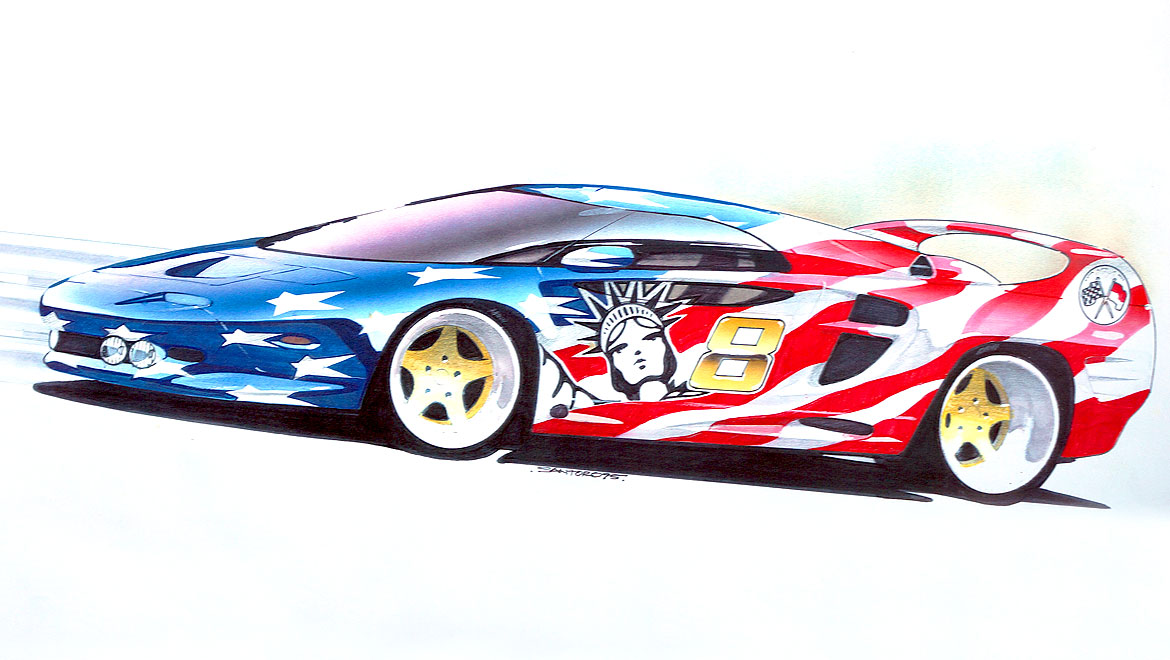 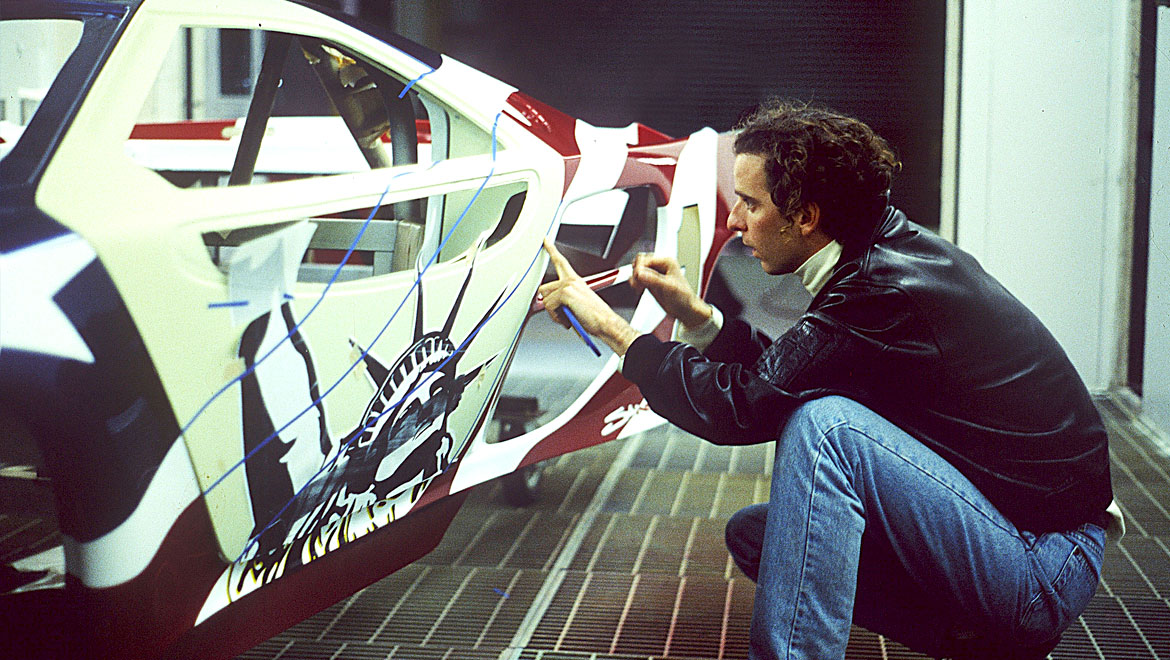 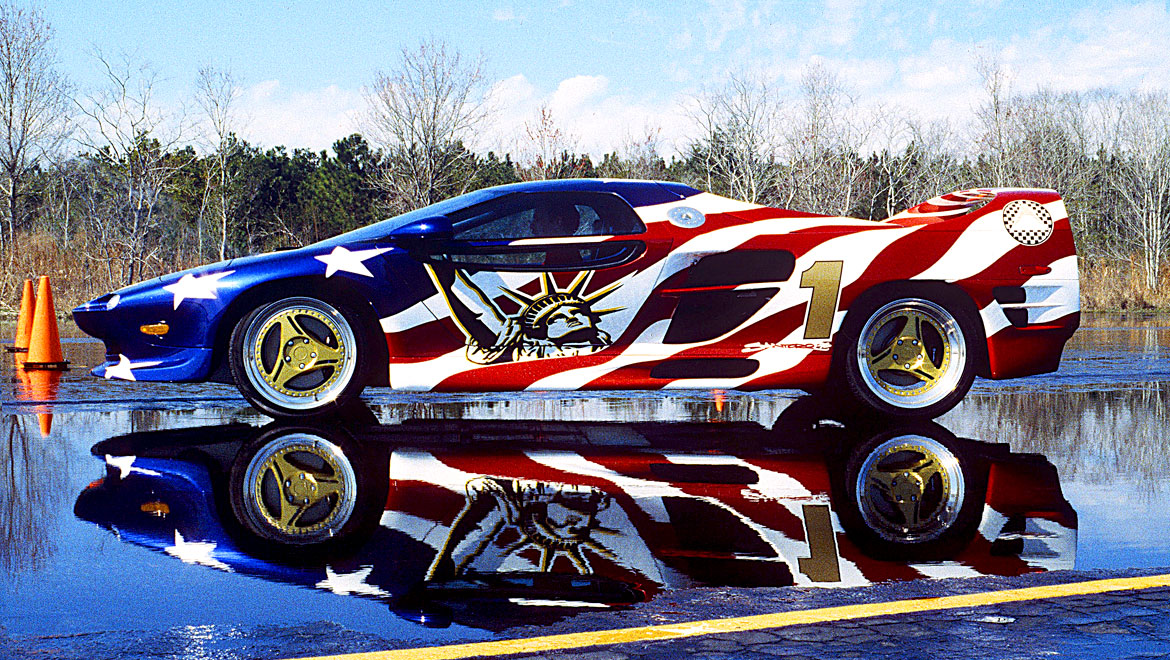 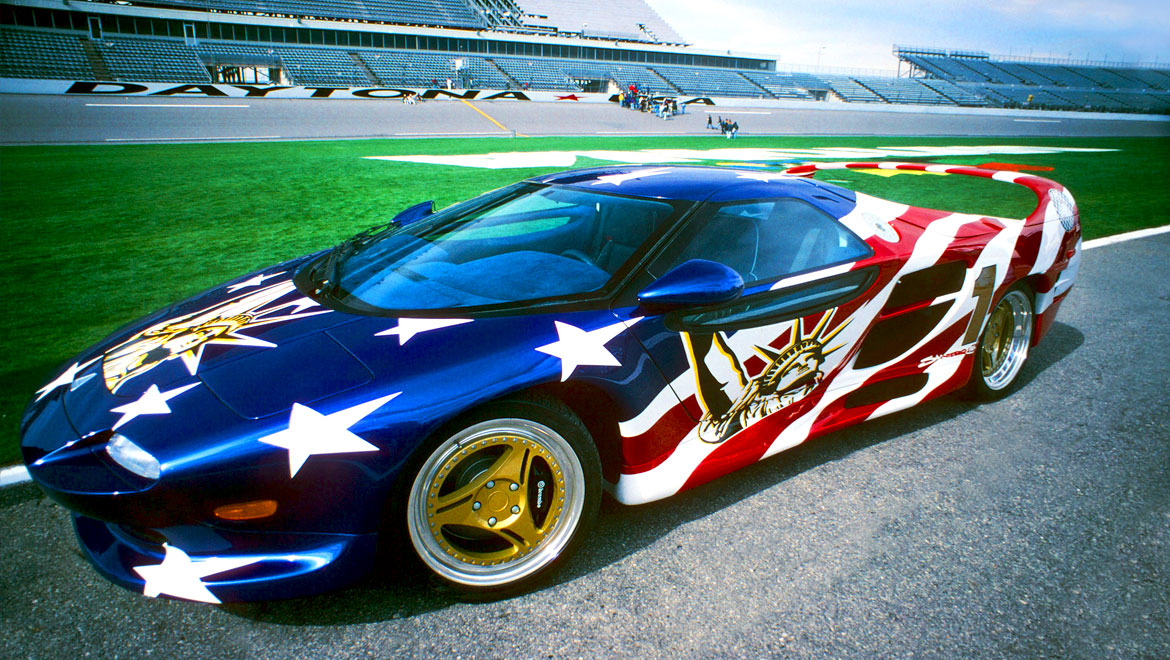 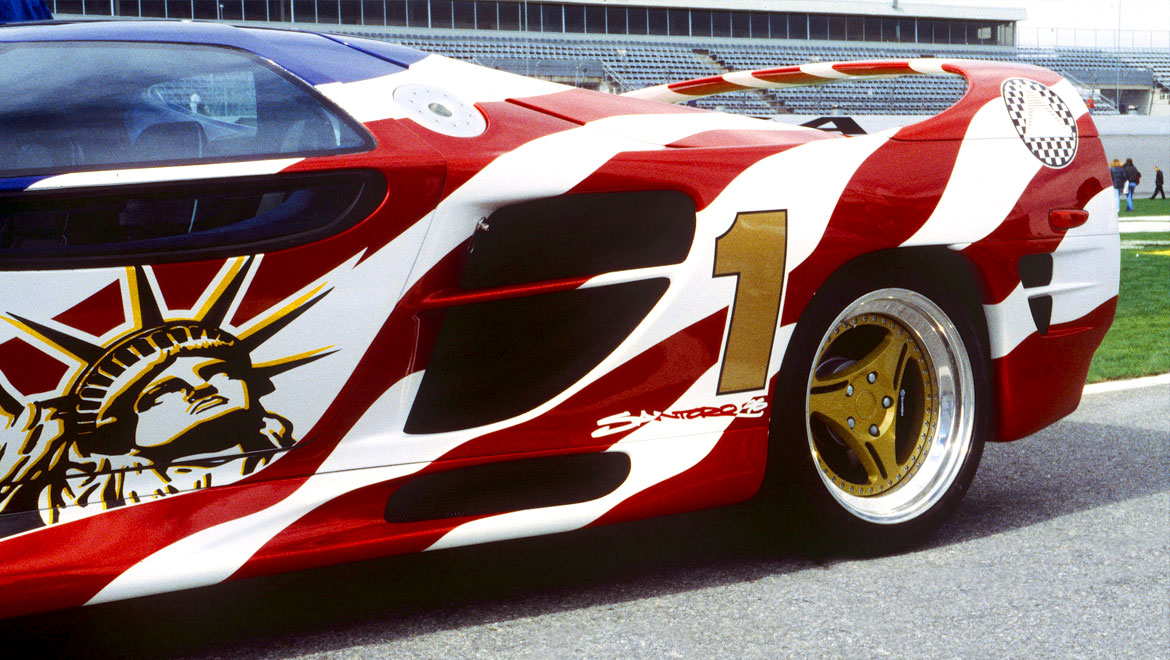 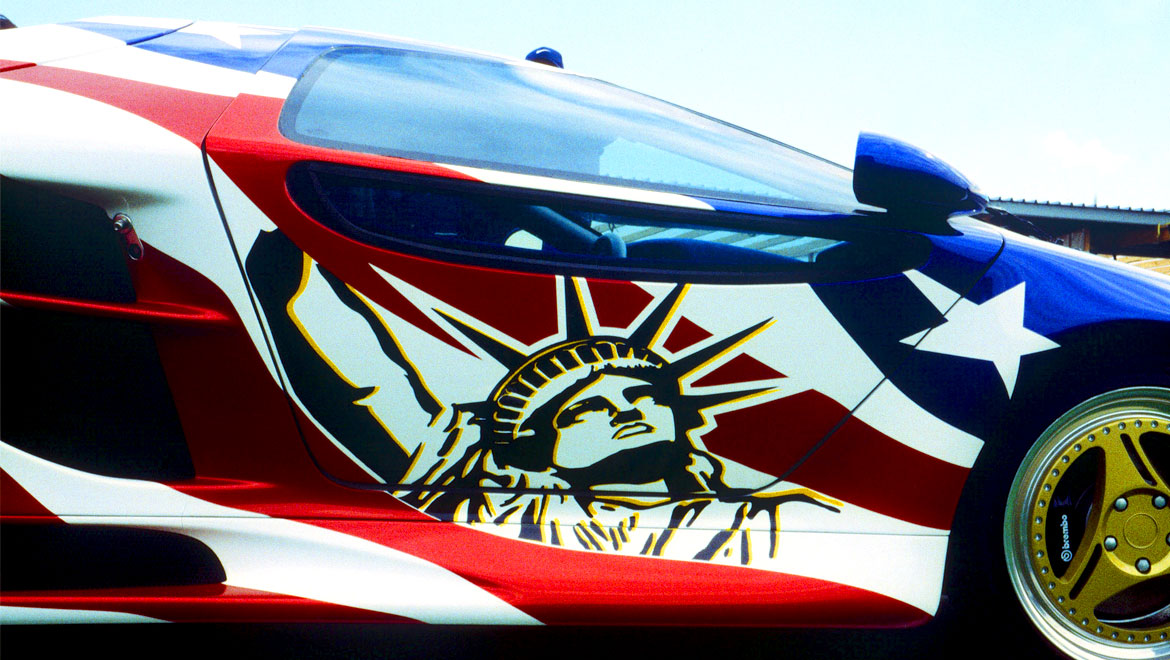 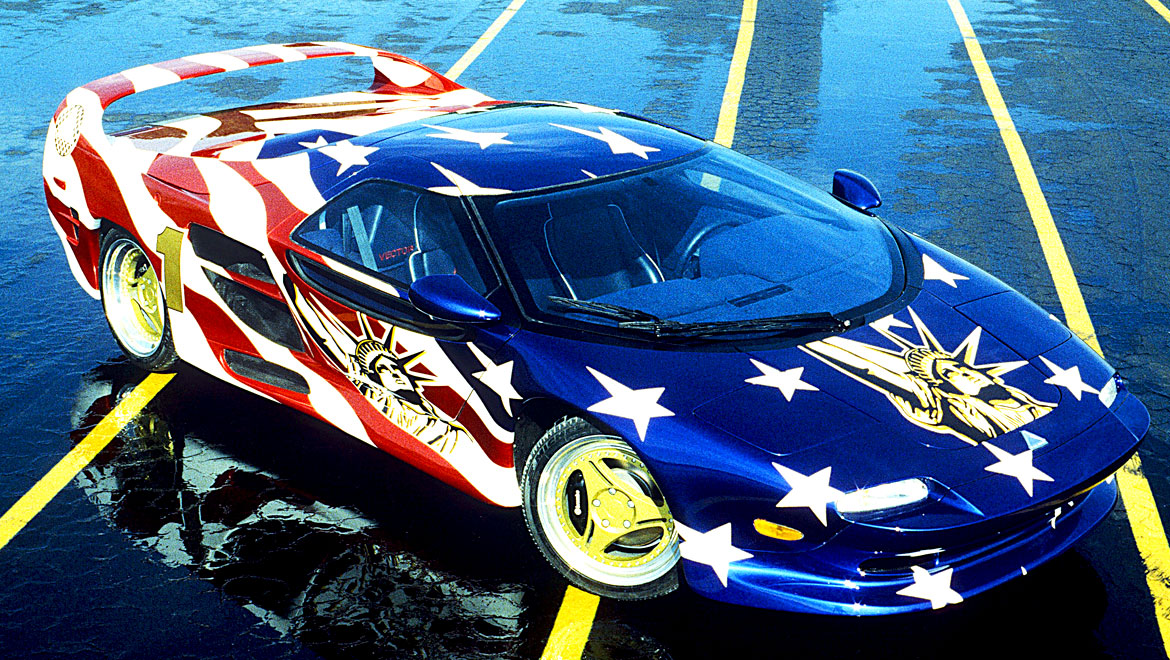 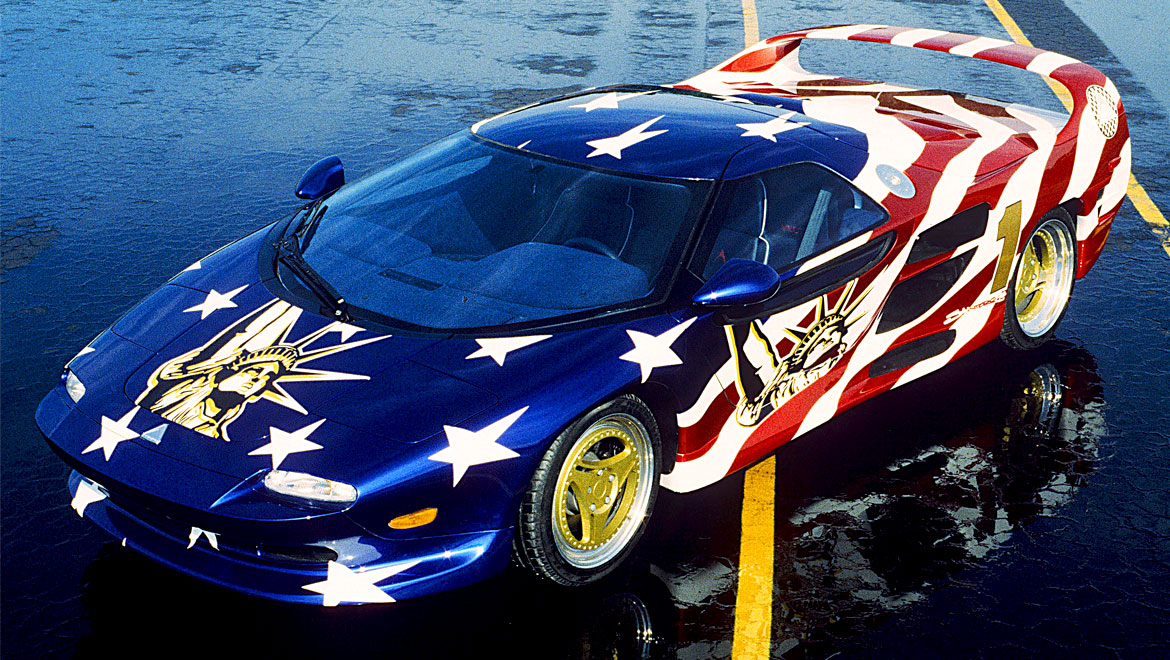 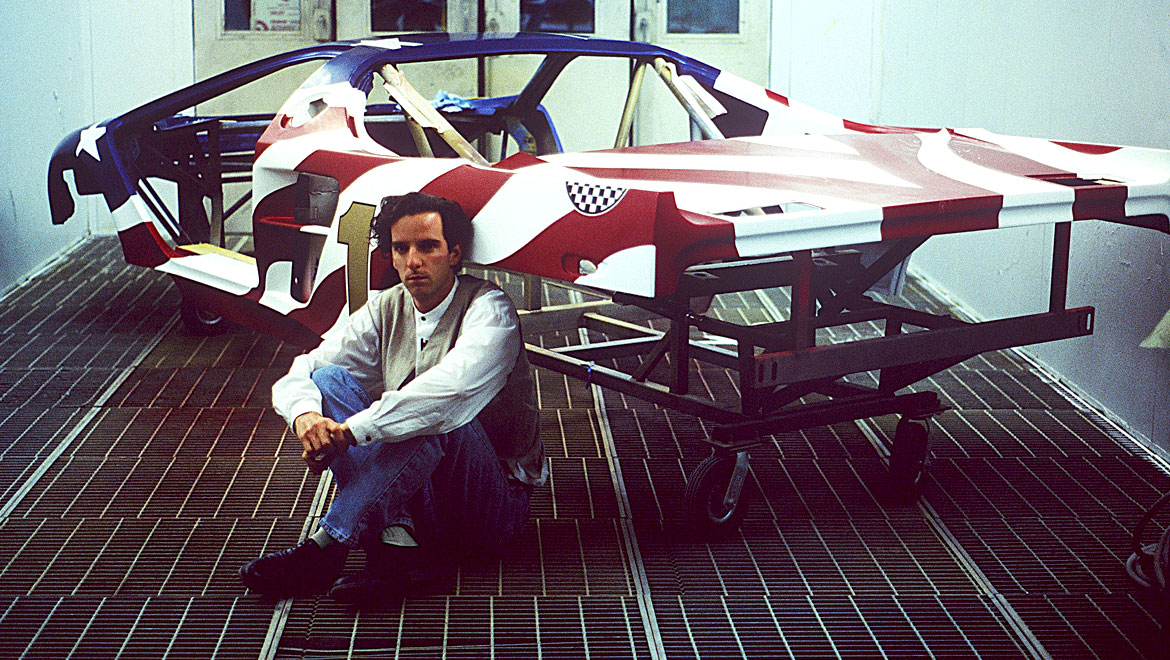 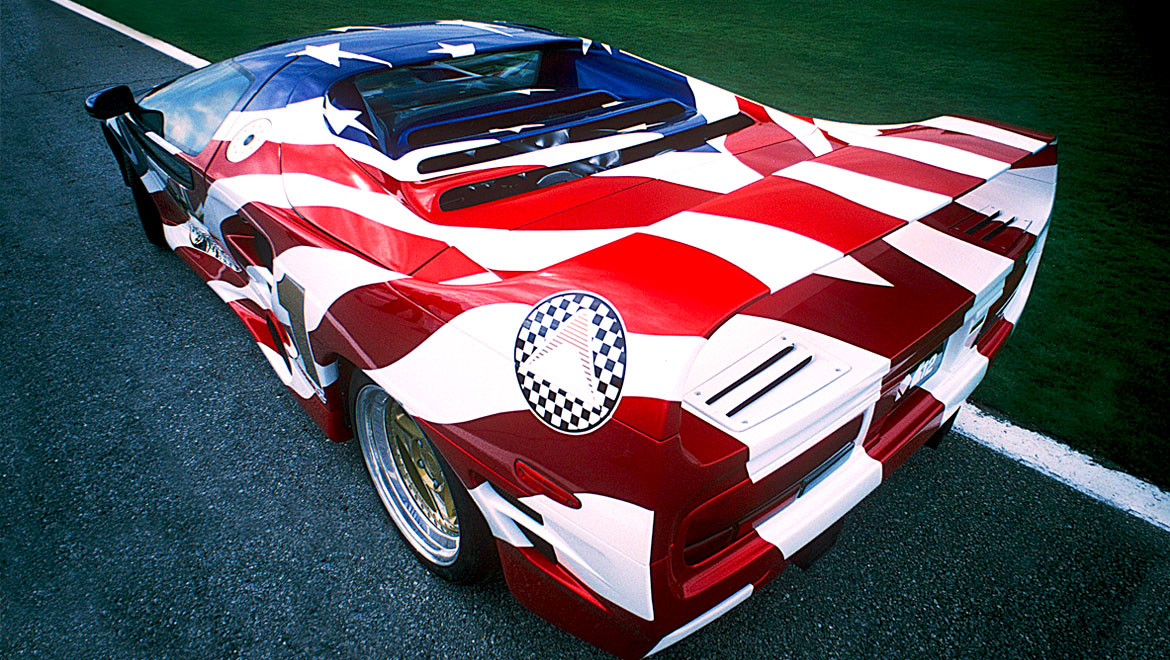 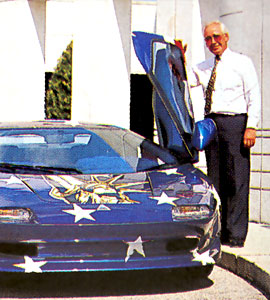 “I wanted a designer who could bring everything that America represented to the visual development of the Vector program. With the “American Anthem” show car, Michael, as you Yanks would say, “hit it out of the park”. The car put us on the map with the automotive press around the world capturing the imagination of everyone who saw it. Moreover, nearly caused a riot when we rolled it onto pit lane after the 24 hrs of Daytona. The design was that exciting.”