I got a call from Al Burtoni who asked if I was the person who designed the Cirrus and Stratus sedans and the Vector American Anthem show car. He told me he had a project he was contemplating and wanted to know if I would be interested in working on it. Al has a company called V12 Engineering. They specialize in making Lamborghinis run right and adding even more horsepower if you so desire. Al wanted to do a Jota Americana version of the Diablo to show at the Concorso Italiano during Pebble Beach car week. The budget was marginal but he wanted to make a statement. Al has an incredible passion for Italian cars. In case you hadn’t noticed, Al’s favorite color is purple. The car had to be, in some way, purple.

This project straddled the line between a redesign of the Diablo and a livery program. I redesigned the front fascia creating new brake cooling ducts and adding quad projector beam lamps. The lower sill intake was also a new part as was the dual snorkel intakes on the roof. While these parts visually created the Jota package, they were pretty subtle. The client’s objective was to make a statement at the show. A livery consisting of fading purple squares with yellow highlights and a blacked out DLO moved the needle. It was the statement the client was looking for. The car received at special design award at the show and was very successful in helping launch the Jota Americana package for V12 Engineering. 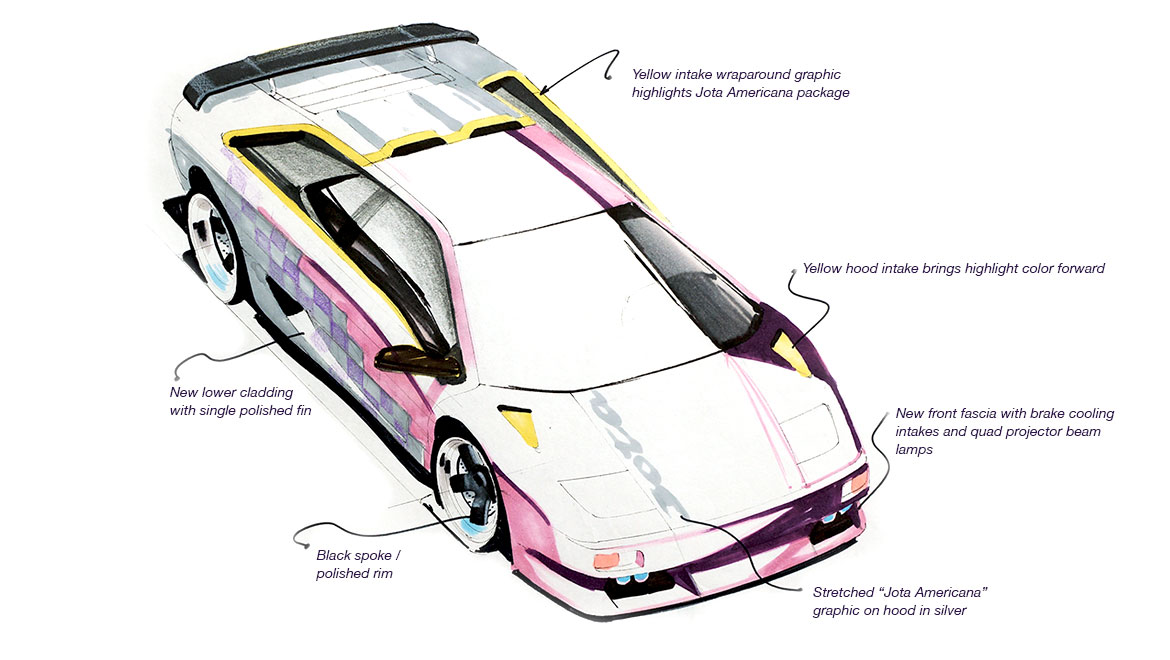 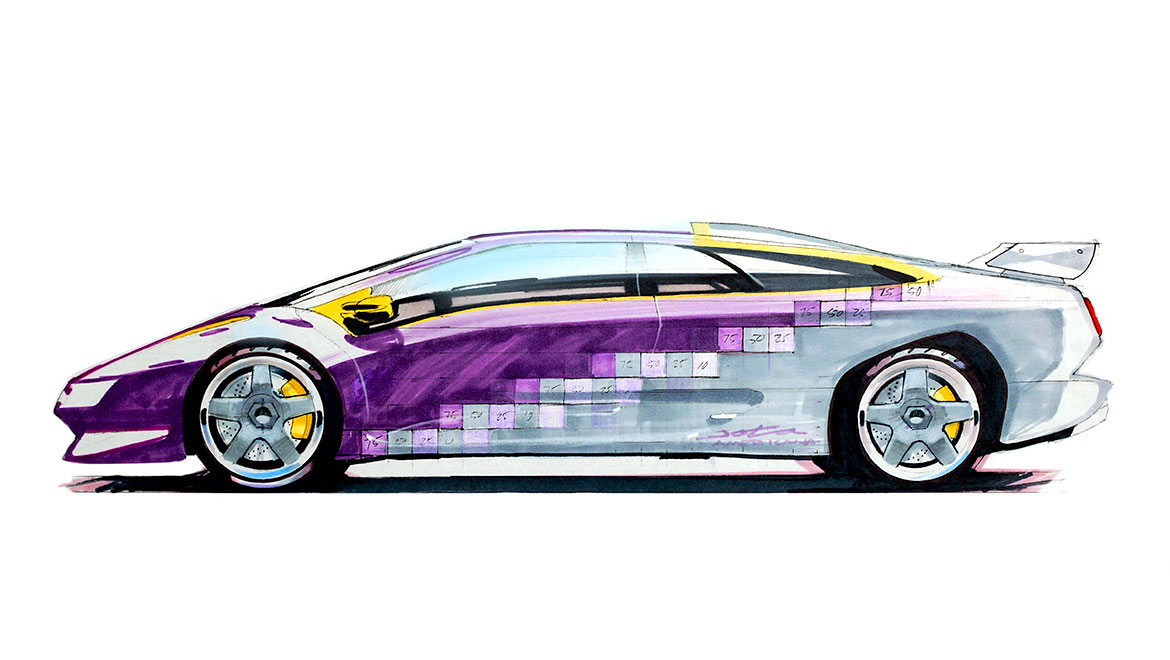 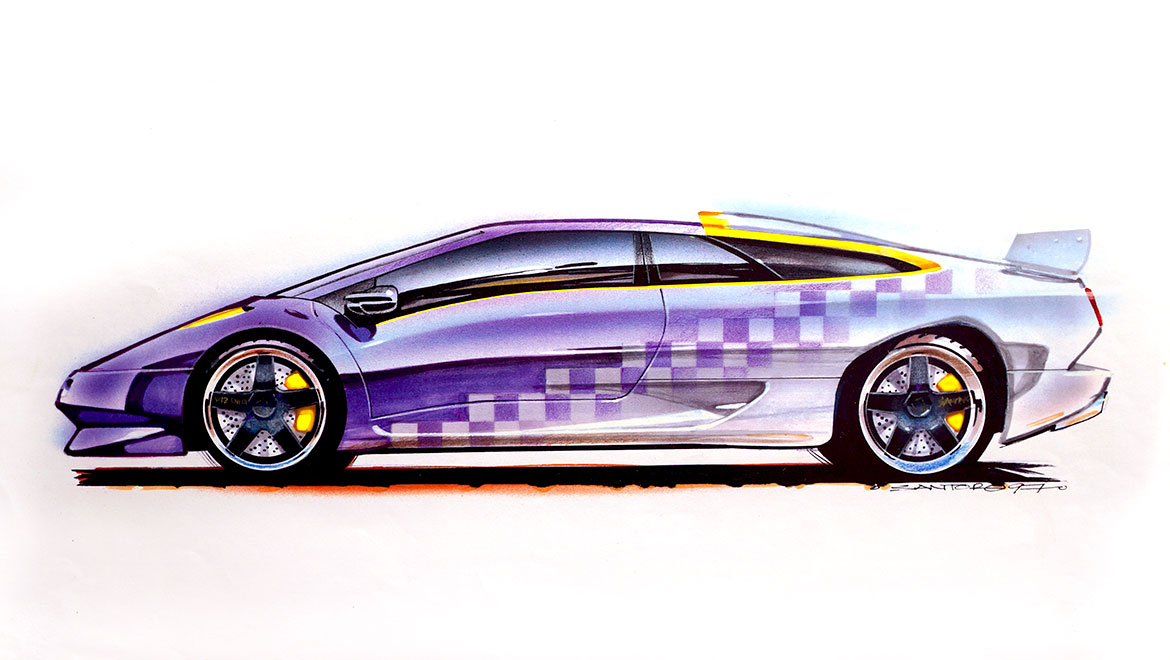 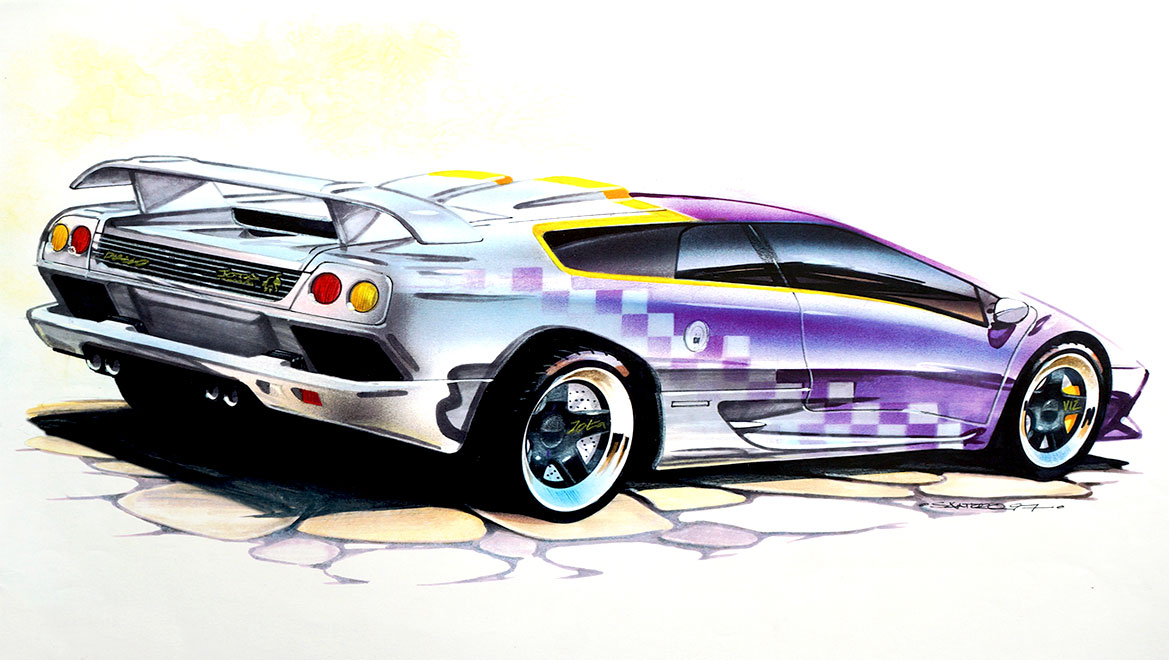 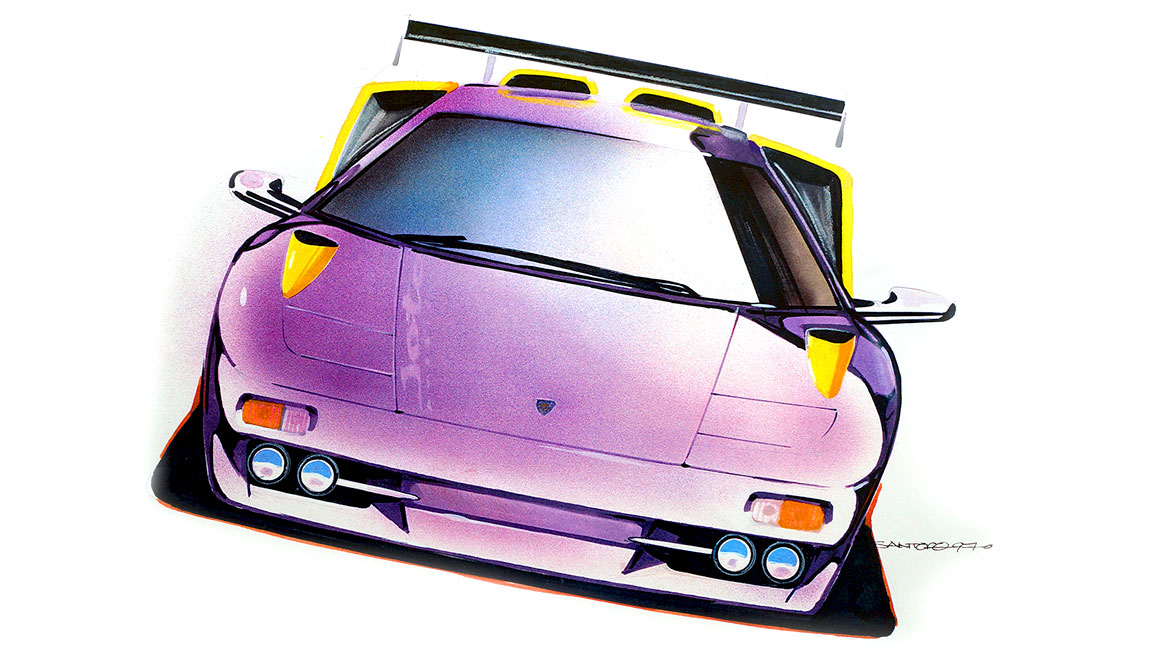 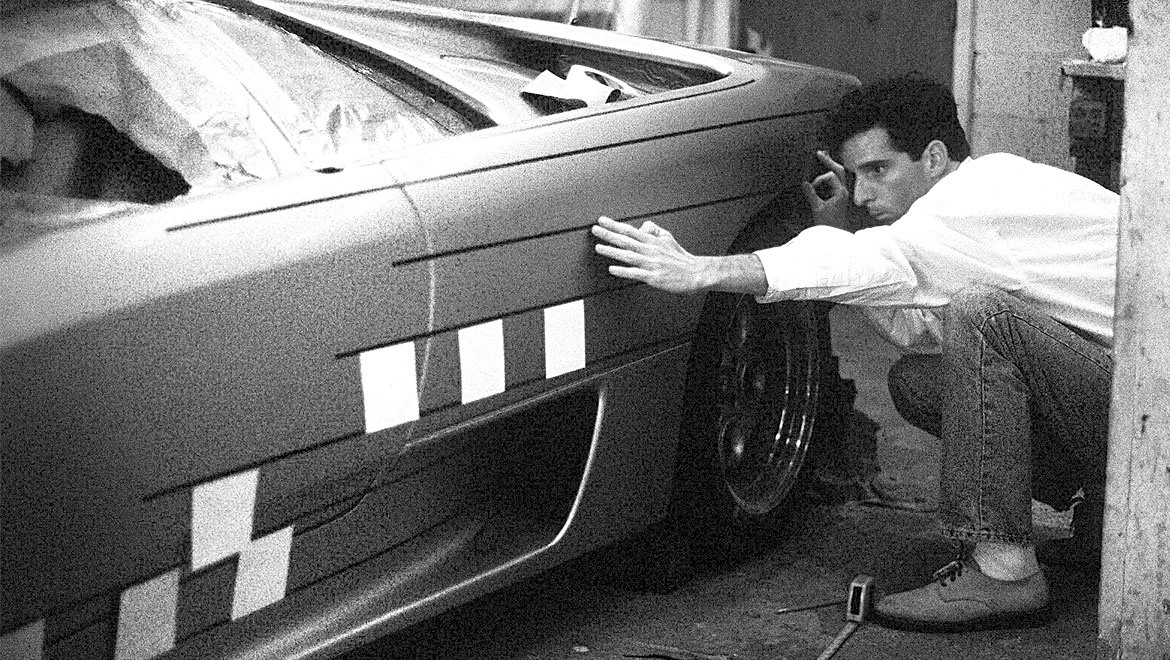 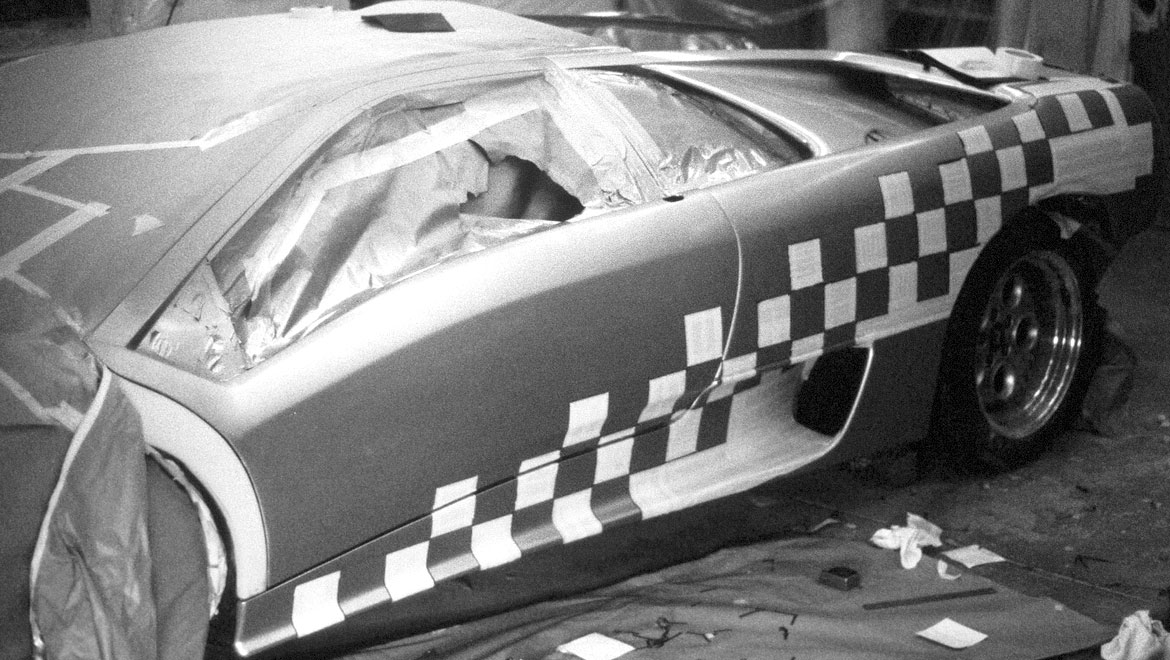 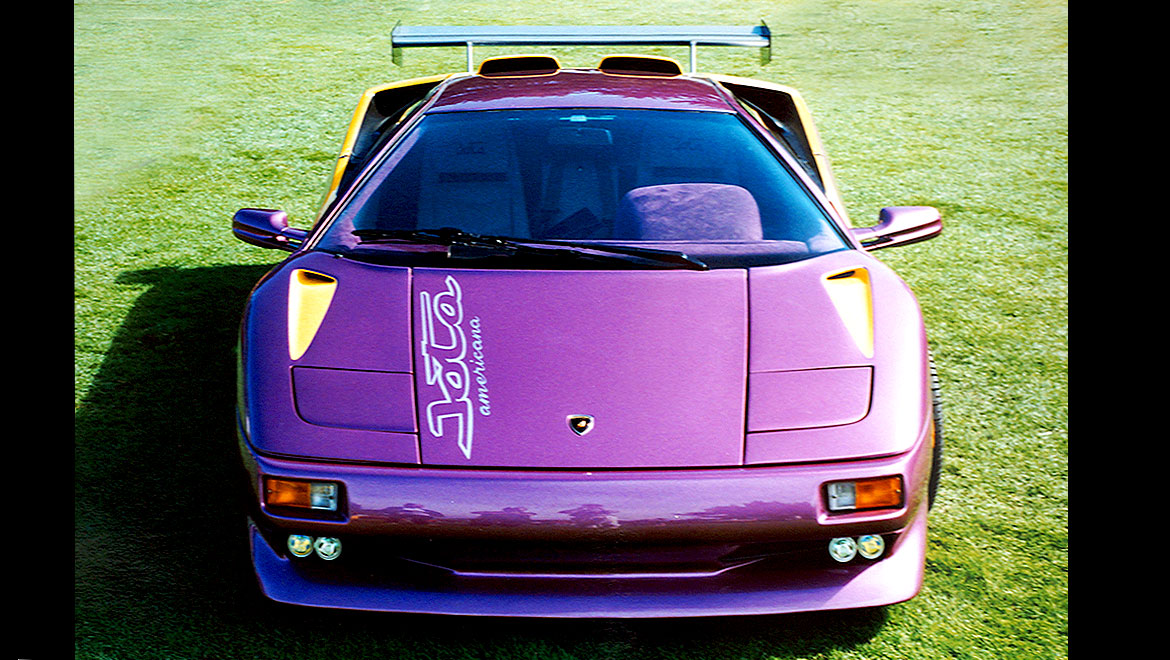 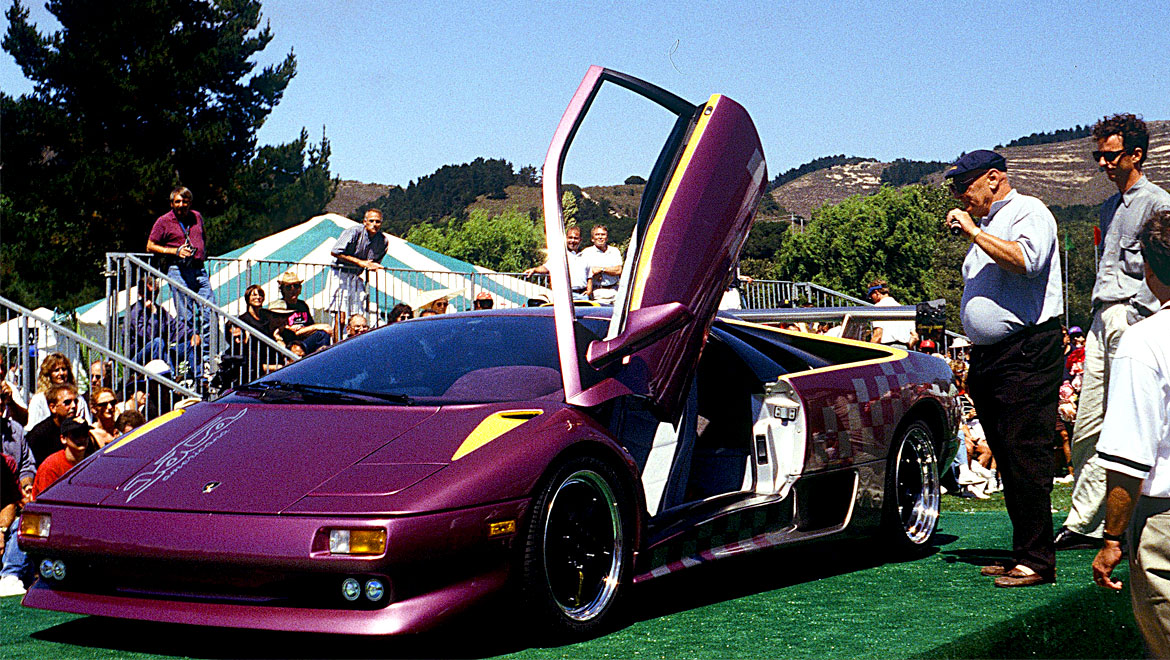 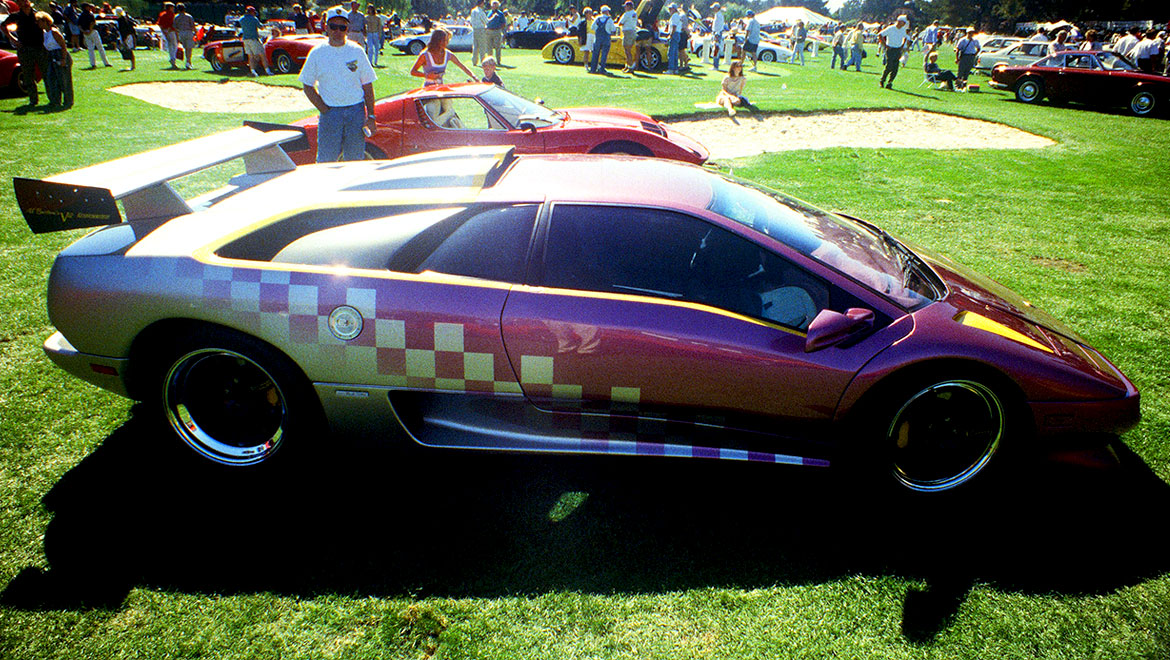 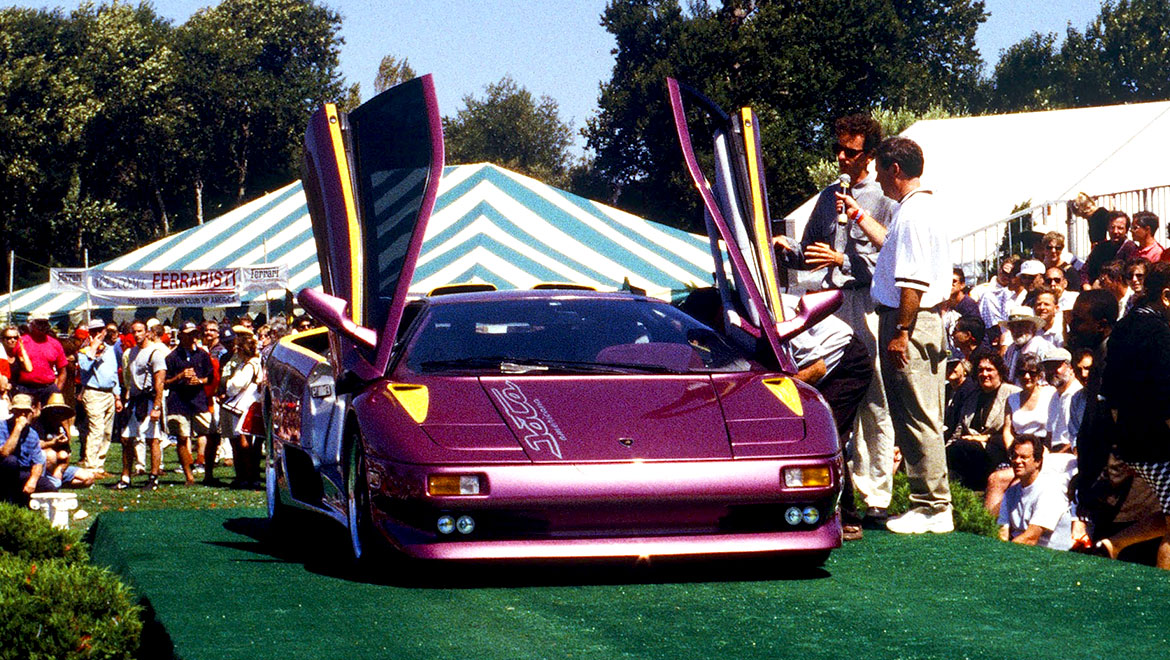 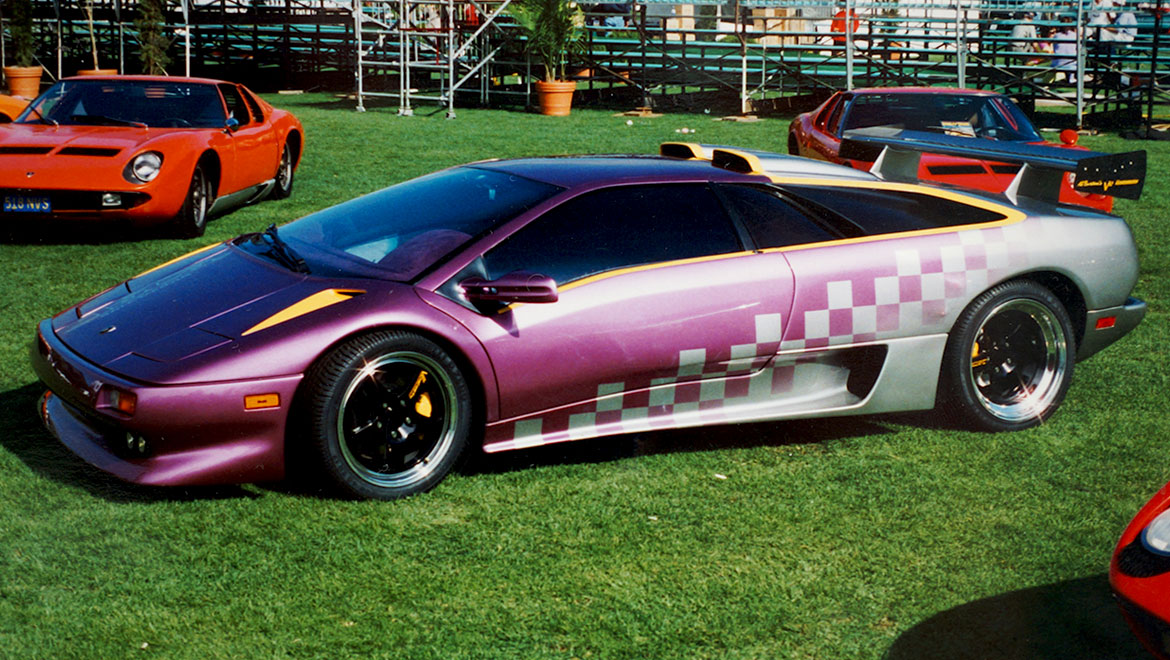