While working at Walter Dorwin Teague in New York City I got the opportunity to work on a project for Samsung Heavy Industries. They were looking a an alternative take on a light duty forklift design. But first we had to get the job. I was asked to create a series of heavy equipment concepts to show we had the ability to think outside the box. Several of these ideas are shown below with the drawing of the vertical loader being featured in a article in Automobile Magazine. Doing these drawings was some of the most fun I had while at Teague. I got to use all of my automotive design presentation skills on a program that had nothing to do with cars. Samsung loved the concepts. Teague got the gig.

Once they signed off on the proposal, the work on the forklift design begun. Most light duty forklift designs tend to be driven cost and functionality. That didn’t stop me from trying something radical. Until this point, the cab of all forklifts were visually “static”. They were literally steel framed boxes. No gesture. No movement. I wanted to bring a sense of movement to forklift design. I wanted the cab to gesture and have direction. My complex forms and surface development just enhanced this gesture. We built a full size model to show how a “cab forward” forklift could be made. In the end, much of the complex surfaces of the rear weight were lost but the breakthrough, gesturing cab made it to production. 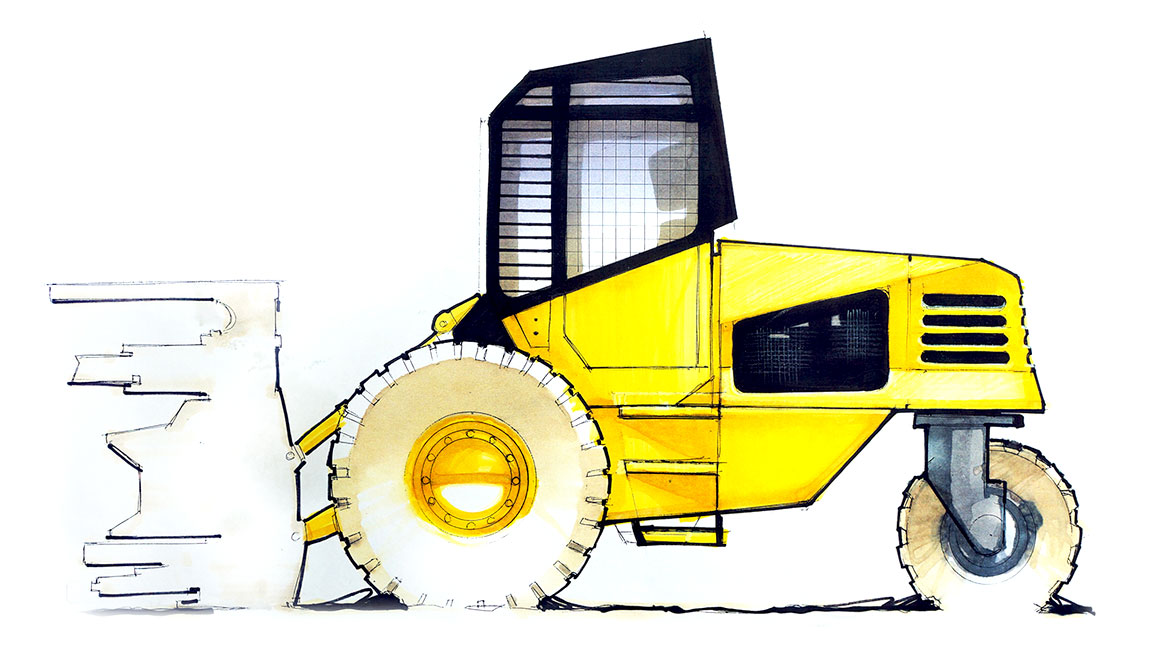 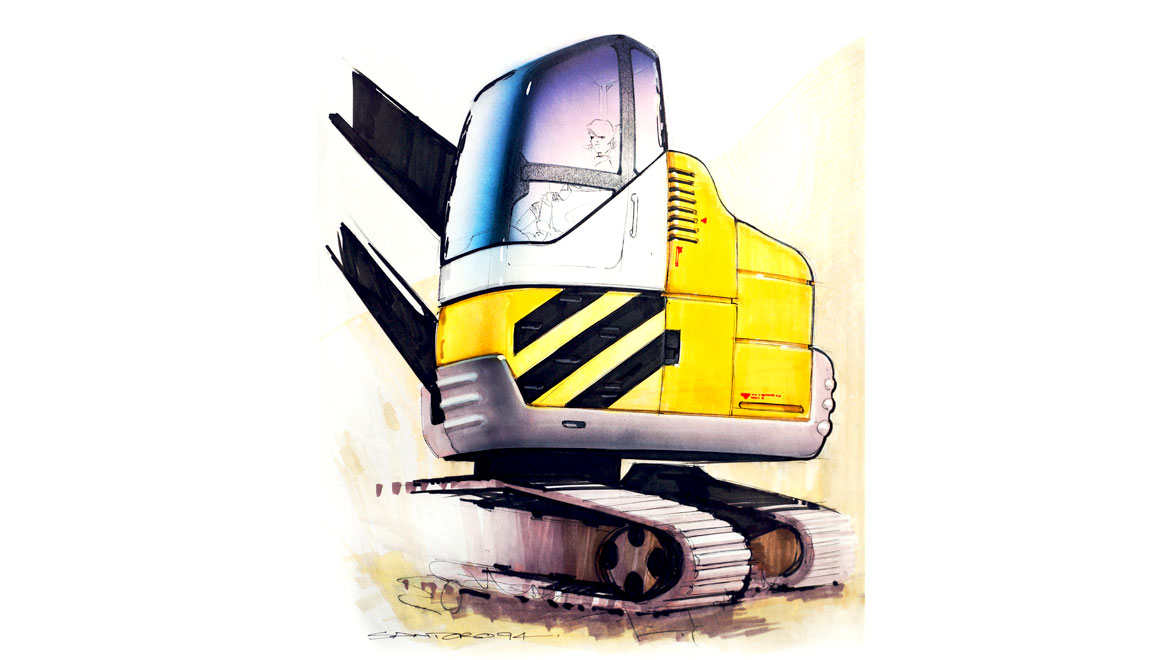 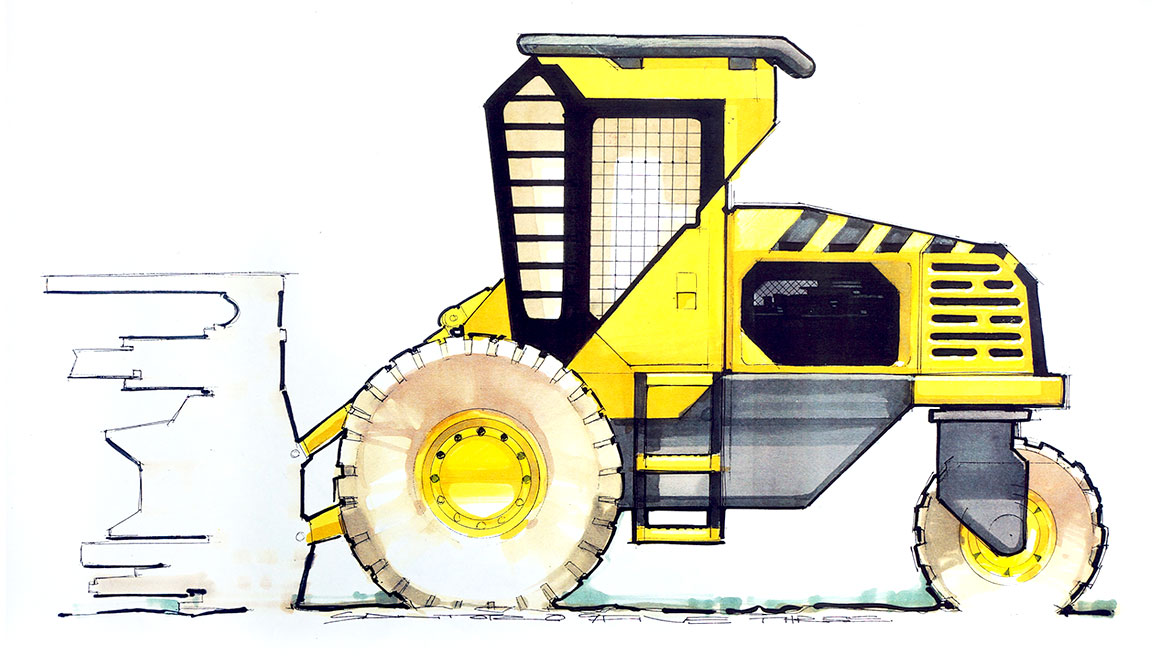 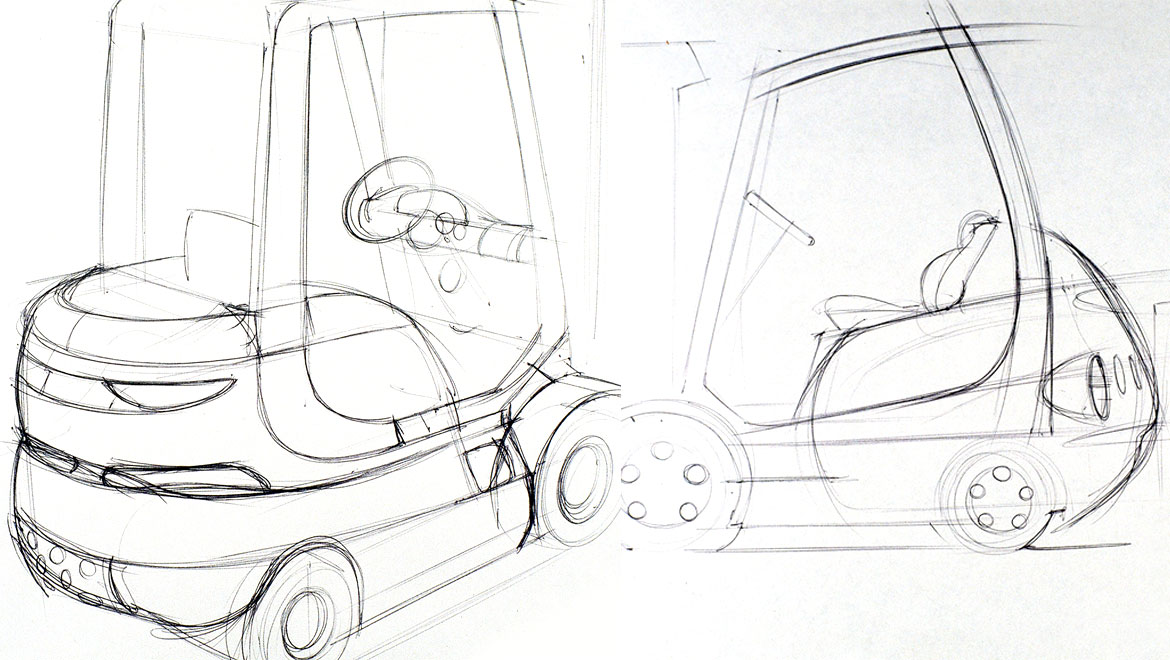 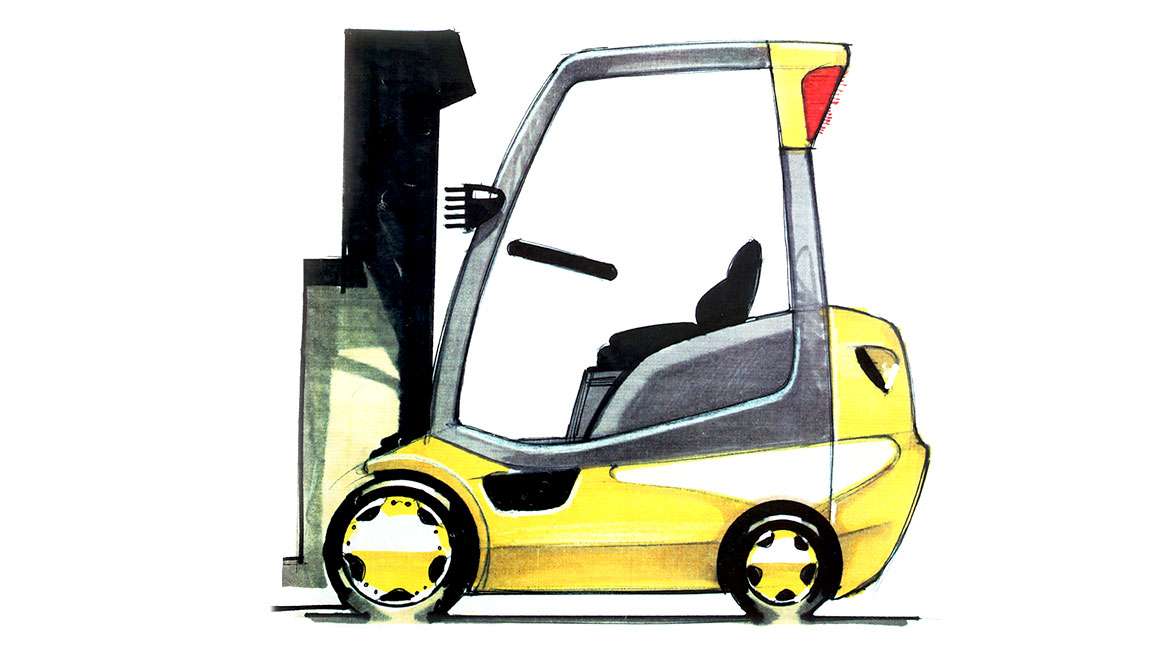 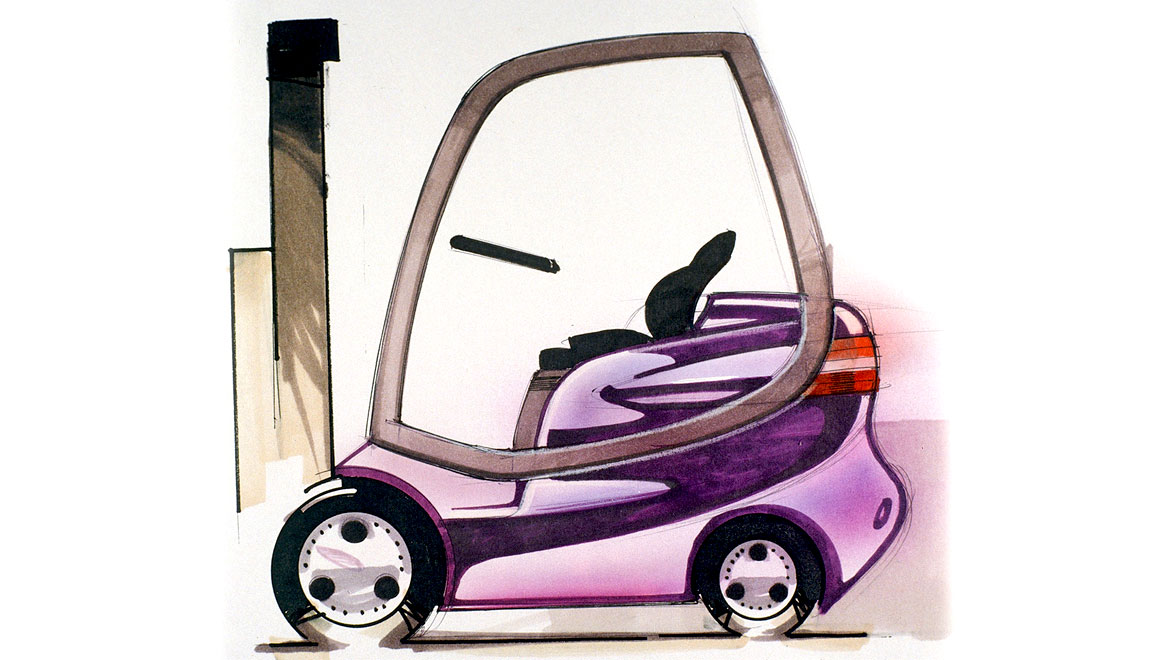 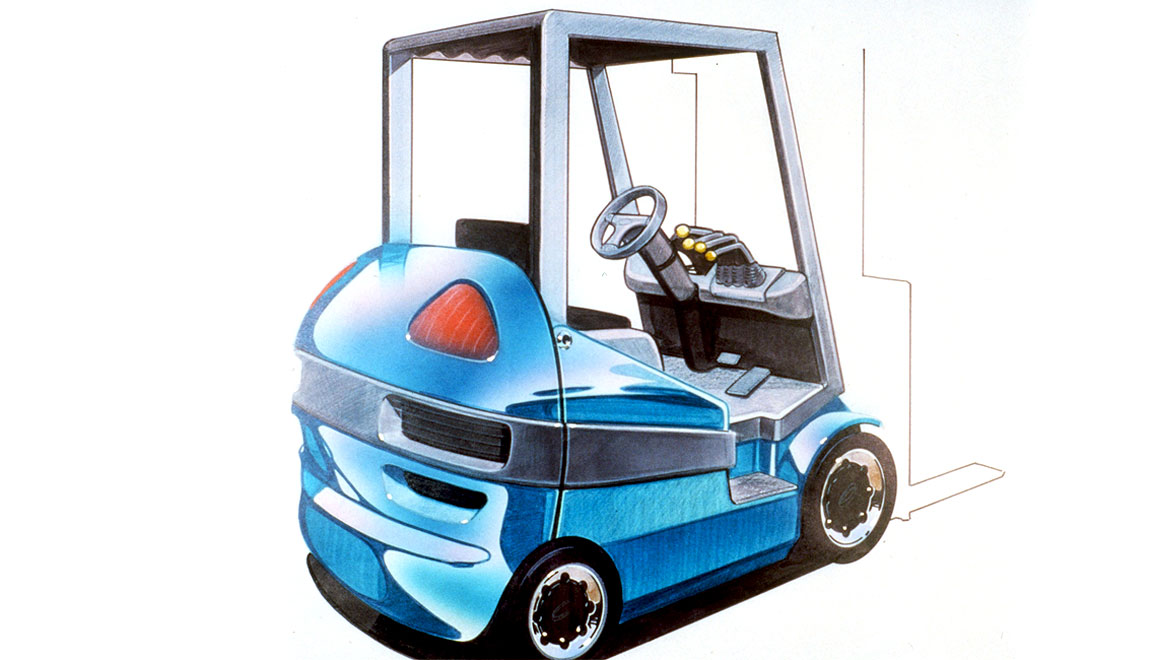 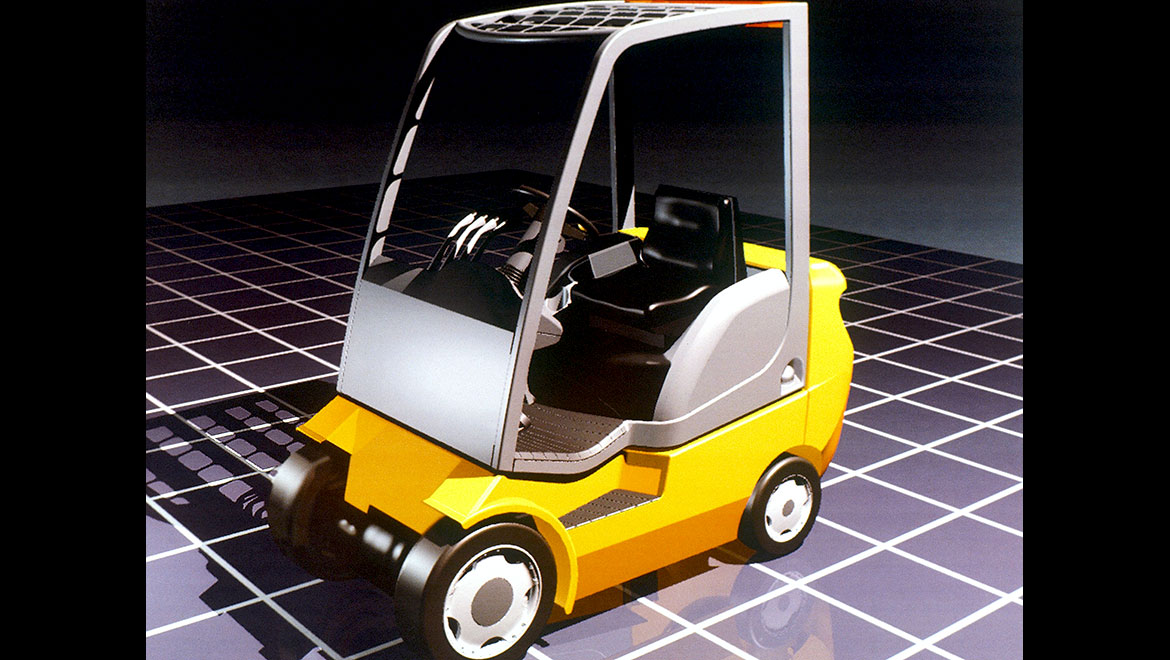 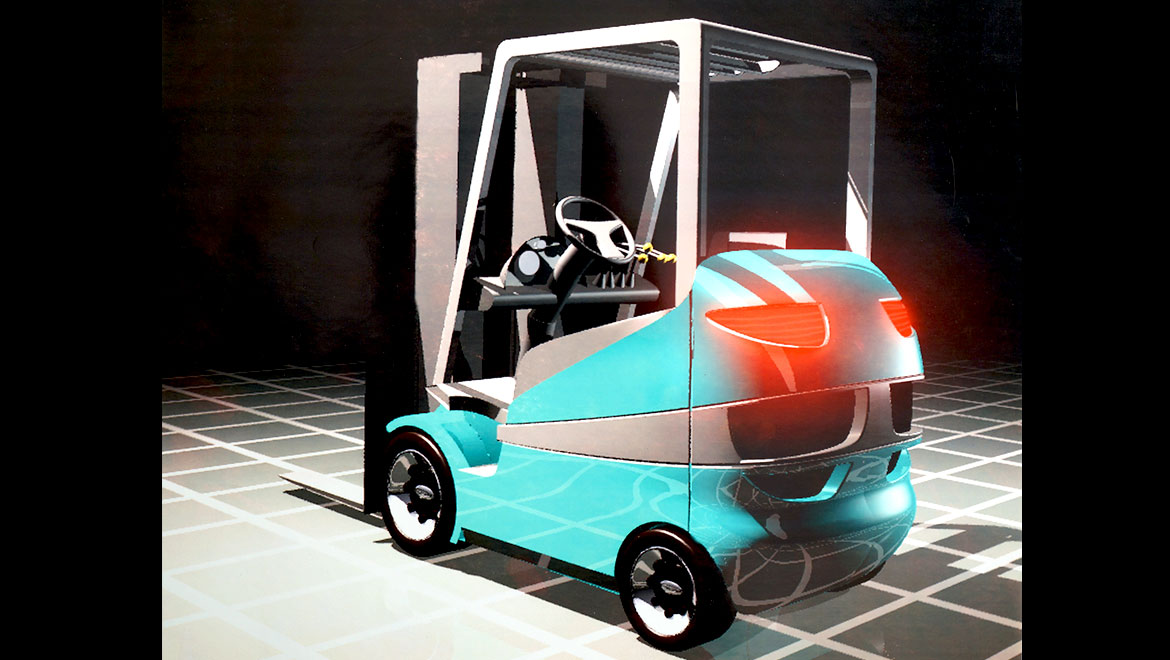 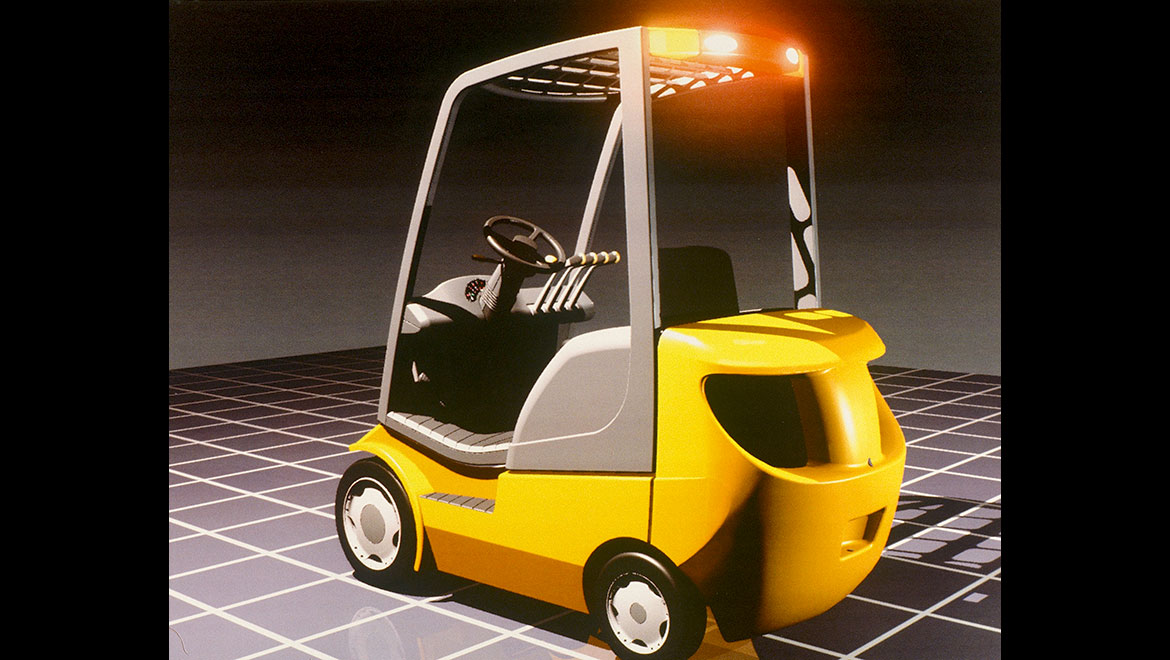 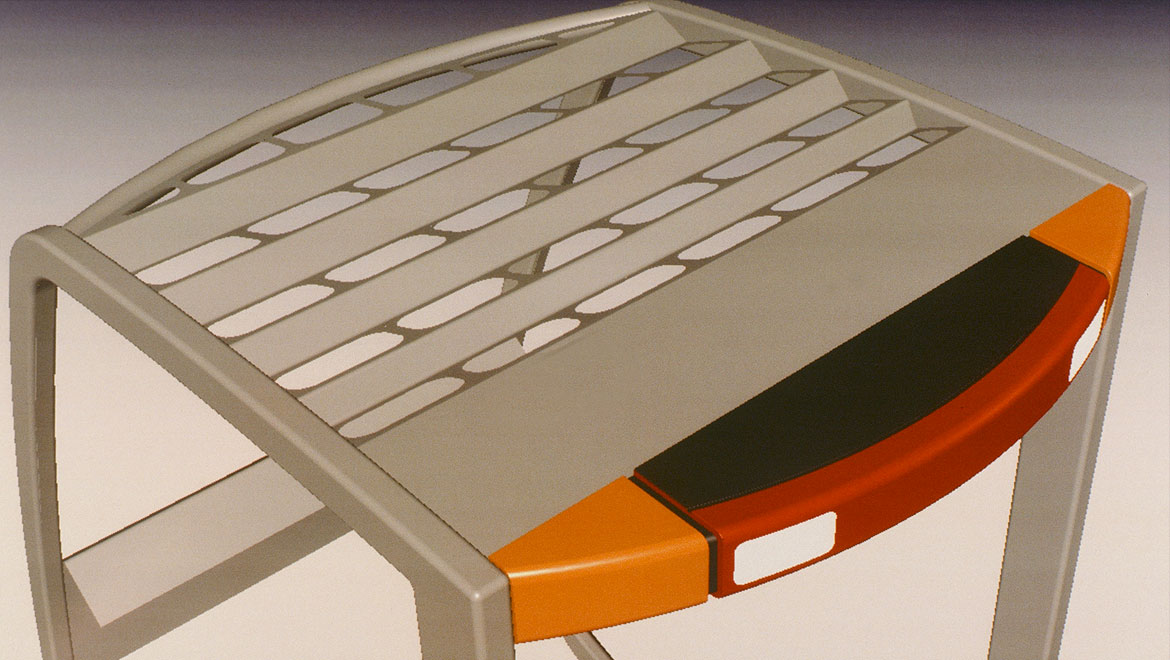 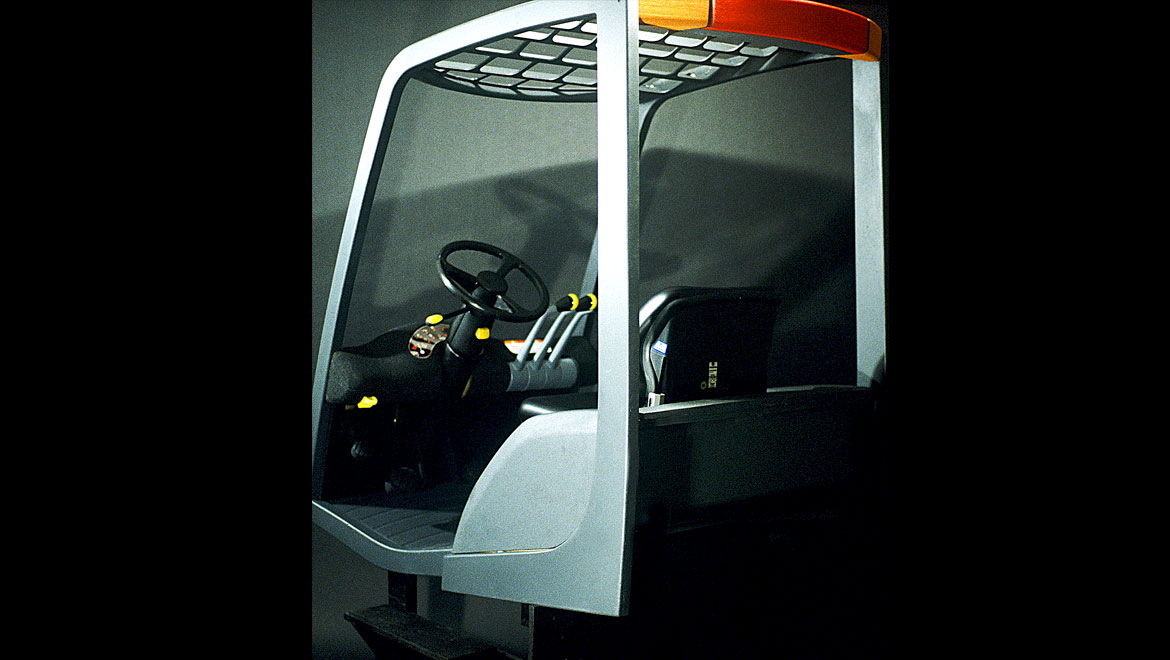 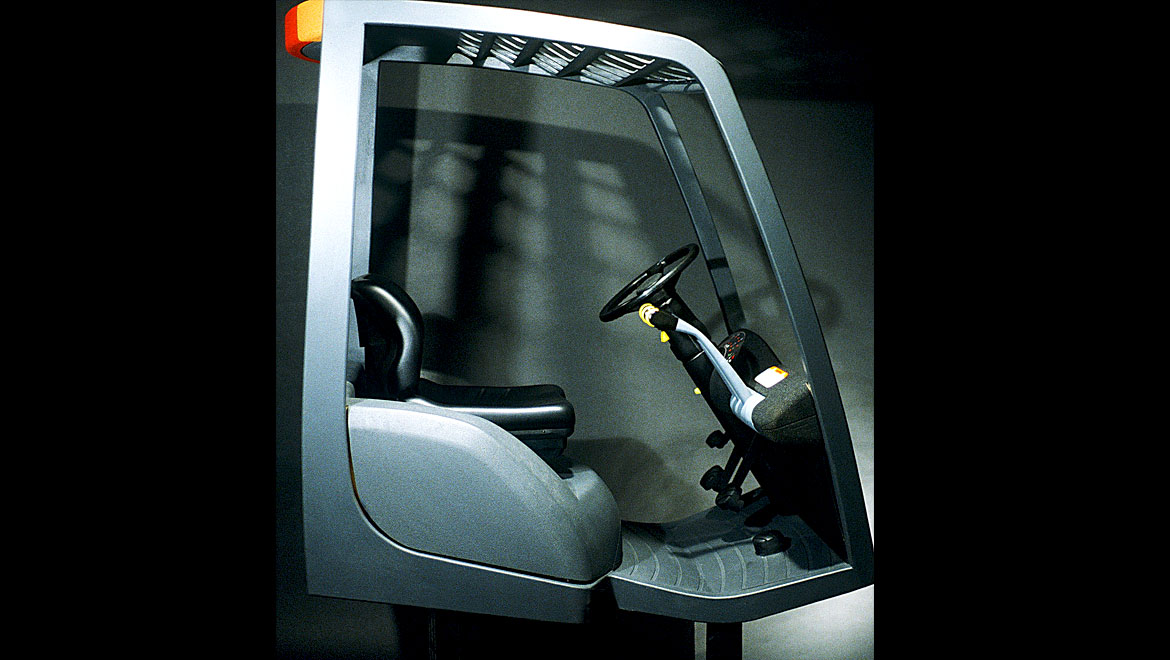 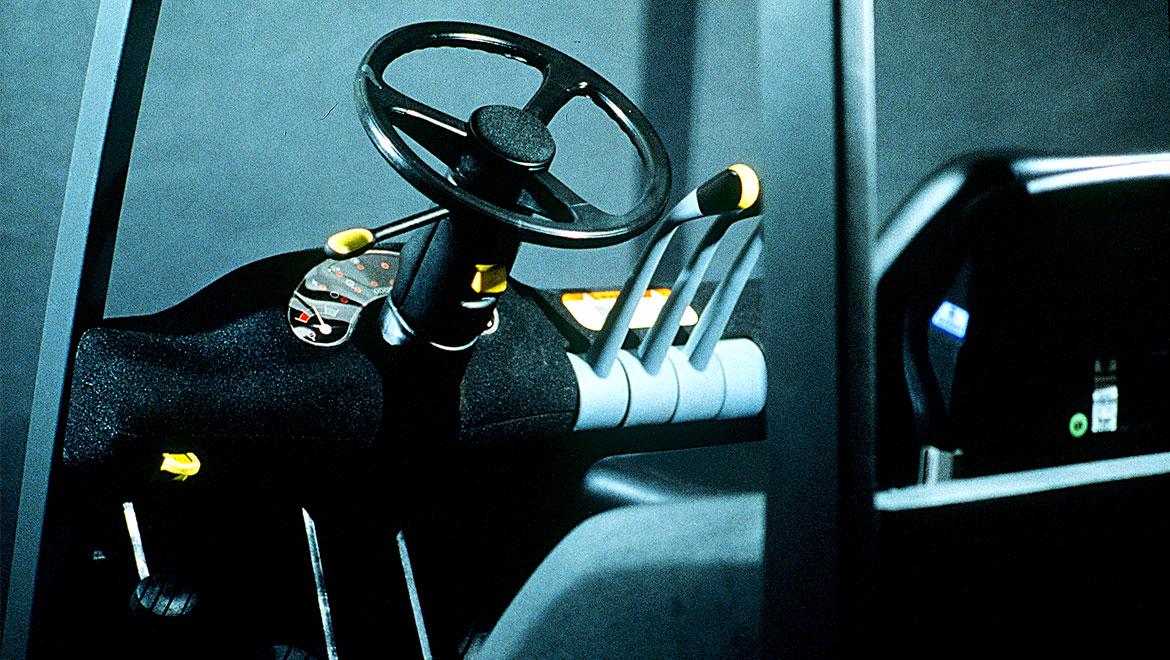 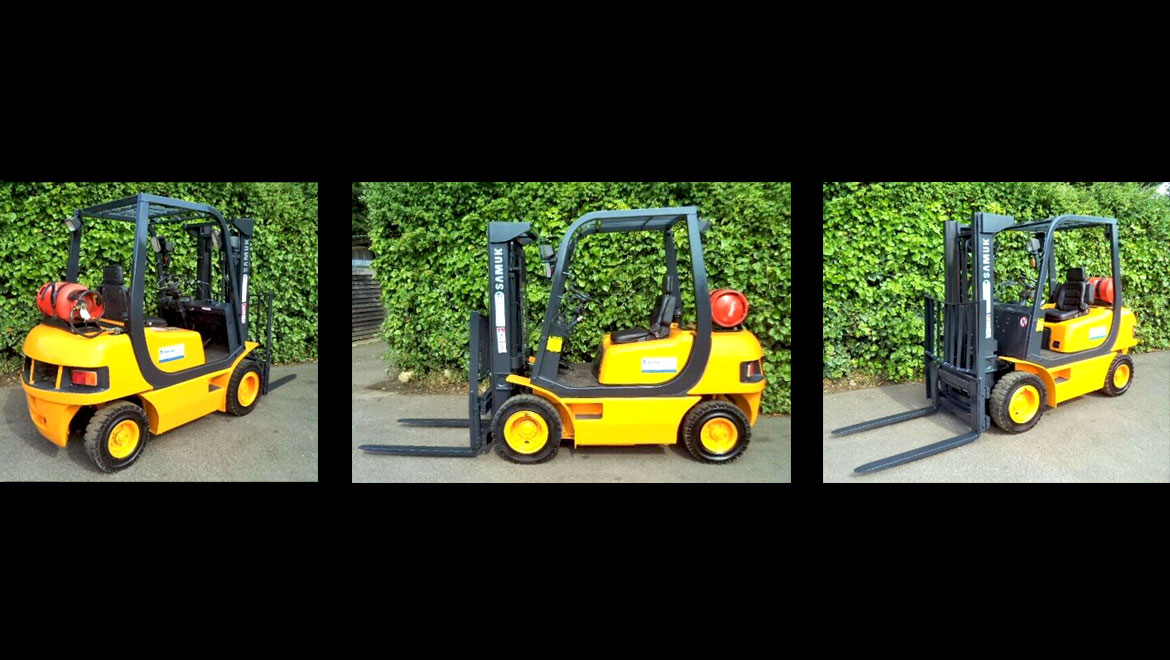